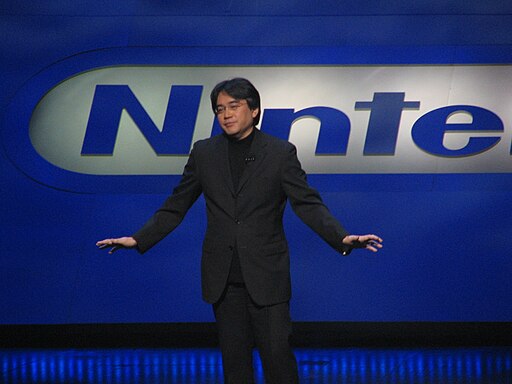 I must admit I wasn't too familiar with Satoru Iwata before, other than that he was the CEO of Nintendo. I 'knew' about him only through some of the 'Iwata talks' and 'Nintendo Direct' series of videos on YouTube. I thought that he was a nice person who showed courtesy towards the Nintendo-fans and -players in his videos.

I never knew he contributed so much to the world of Nintendo games before he became CEO!

For example, Satoru Iwata was the programmer of the 1984 game Balloon Fight for the NES.

Later he would also produce EarthBound and Kirby-games, and assisted in the developement of games like for Pokémon Gold and Silver (1999) for Game Boy Color. It is also thanks to him we have the Super Smash Bros. series of games today.

Official Nintendo eShop-trailer for Kirby's Adventure, the second game in the Kirby-series originally for NES in 1993.

After Mr. Iwata became CEO, he would lead the transition from GameBoy to Nintendo DS and pushed on the development of Nintendo Wii.

RIP Satoru Iwata, and thanks for everything.

Which game am I playing right now?